Being gay and coming out can be “fabulous” when you live in a major metropolitan city like Los Angeles, New York City, Miami or San Francisco. But, if you live in smaller states, it's not so fabulous. Why not? Perhaps a lack of exposure, history and community involvement around gay issues….if there is even a community at all.
Please Share
Views: 1

Being gay and coming out can be “fabulous” when you live in a major metropolitan city like Los Angeles, New York City, Miami or San Francisco. But, if you live in smaller states, it’s not so fabulous. Why not? Perhaps a lack of exposure, history and community involvement around gay issues….if there is even a community at all.  Budding activist and attorney, Zaylore Stout is launching his premiere historical coffee table book, “Our Gay History in 50 States” (50 States of Gay anyone?) that treks nationwide state-by-state giving historical context to people, places and events that are all a part of the complicated woven pattern of our growth as a community both locally and nationwide!
It is important that past, present and future LGBT generations know from whence they came and where they are going.  If you don’t know your past, you cannot map your future.  Of course there may be individuals in major metropoles who still live their lives in the closet (for a myriad of reasons) even though they have large communities to join and fall back on.  However, imagine those who grew up in or currently live in rural towns or less liberal areas of our great nation.  Images from films like “Broke Back Mountain” and “God’s Own Country” can immediately come to mind.  Places where there are no pride festivals or even a speckle of gay or gay-friendly bars, nightclubs or restaurants.  Their communities may not have much of a gay “social circle” where one can openly discuss queer issues, history, culture or even fashion (haha).  How are they to know and learn of their gay history?  The internet is obviously available to them, yet would they know what to search for?  “Our Gay History in 50 States” sets out to cover the landscape that will undoubtedly give those living in and or near the outer or deeply inward regions of their state the additional boost they may need to know they are not alone, to want to start fighting and encourage those who are currently fighting to continue and be heard!

Everyone knows of Stonewall, Harvey Milk and Oscar Wilde.  Most know the fact that gays were persecuted and sent to the gas chambers during WWII Germany and that homosexuality was considered a mental illness and a crime punishable by law up into the 1960’s and 70’s.  These are quasi “Your Gayness 101” facts.  But do most people know of events that have taken place in their own backyards where brave smaller communities fought back in whatever way, form or fashion?  For instance, did you know that in the small town of Sioux Falls, South Dakota, the first gay couple to attend a prom in the country happened in 1979; that the Lavender Scare expelling over 10,000 LGBT government employees took place from 1950-1995; that the first gender affirming surgery for a transgender man occurred in Oregon back in 1917-1918 and that Katharine Lee Bates, the author of “America the Beautiful” – our national anthem, was a lesbian and born in Wellesley Massachusetts?  Most people don’t, even the ones who may currently live there.
These warriors, their battles, accomplishments and defeats need to be acknowledged right along side of the rest.  The courage, fear, strength and pride exemplified by our unsung queer champions fighting for their rights and sometimes for their lives, in our smaller “Anywhere USA” towns can now be acknowledged in fashionable, decorative and informative coffee table book form!  Hometown pride now has a NEW meaning!
Kickstarter Campaign and brief informative video:
https://buff.ly/2JkW9wm
BIO:
Zaylore Stout serves as a fierce advocate on LGBT issues. Through his law firm, Zaylore Stout & Associates, he’s represented HIV+ and transgender employees who were discriminated against in the workplace.  Zaylore volunteers through the LGBT Law Clinic and serves on the board for RECLAIM, an LGBTQIA+ nonprofit. He also ran for City Council in St. Louis Park where he championed the call for the passage of a Gender Inclusion Policy to protect transgender and gender non-conforming youth in schools. In November 2017, he gave an impassioned speech at the Quorum’s National Coming Out Day Luncheon alongside Judy Shepard and his law firm was recently selected by the Minneapolis St. Paul Business Journal for their Business of Pride award.  Zaylore was also most recently featured on the cover of Lavender Magazine’s “Pride”issue where he can be found discussing the forthcoming book, LGBT issues, his City Council campaign run for Ranked Choice Voting and his newly adopted home in Minneapolis, Minnesota, as well as access to mental health services. 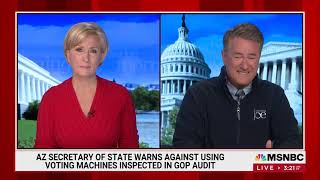