We talk a lot in diverse fields about intersectionality, so the queer community doesn't have federally protected rights. It is often seen as an invisible community or more invisible, sometimes, and that makes additional layers to wrestle with on how we do inclusion that is not threatening and how we make a climate welcoming to all.
Please Share
Views: 2

We talk a lot in diverse fields about intersectionality, so the queer community doesn’t have federally protected rights. It is often seen as an invisible community or more invisible, sometimes, and that makes additional layers to wrestle with on how we do inclusion that is not threatening and how we make a climate welcoming to all.

We think about the populations that we’re serving. The demographics in the United States in particular are changing over time, and I think it’s natural for us to think about our institutions and to think about the importance of having multiple advantage points within I to organizations or colleges and universities.

More broadly, one really concrete example that’s come up recently has to do with preferred names, so allowing and creating our systems so that our students can change preferred first name or preferred name, thinking about gender identities, thinking about preferred pronouns, so having staff members or others in our community that have expertise in that with transgender individuals will help us think about the systems that we want to create to support our current populations of students.

I think the struggle in the 21st century Academy and IT is how do we both recognize the uniqueness of individual communities, at the same time, having a kind of robust continuum where all are valued, and we can reckon with privilege and the lack thereof in complex ways. So, for example in the queer community, it can often on campus, if it’s a predominately white institution, look very white, but not be critically conscious about its whiteness and the race privilege that’s with that. So there can be work that that community can do, and doing that work broadens its ability to form coalitions with other diverse groups on campus, faculty, staff, students.

That seems to be the work we’re doing now in the 21st century in academia, and need to do more effectively. Families that have some non-traditional elements such as perhaps same-sex couples with children, how might they need to approach the community in terms of looking for schools or other people within the community with which they might connect.

Or, thinking about career issues that relate to someone’s coming out as transgender, and they’re thinking about pronoun issues or changing their preferred pronouns, making sure that there are people that they can talk to, and think about even if within the IT organization, there may not be experts in that per se, but if there are people with expertise on campus.

So within the Constituent group, we also talked about the degree to which gender and sexuality centers there they have a variety of names on our campuses. But if they’re also available to employees of the college as well as students, or in HR organizations where they may have similar expertise.

So, LGBTQIA issues, name’s, comfortability with names, pronoun usages, inclusivity, and, as far as restrooms, those kinds of things on all levels make a huge difference to both the way in which a diverse staff at the university feels included and valued and also the role modeling it does for students we have working in our units for students and classrooms.

It sets a tone for the campuses and NIT units for diversity, that’s very important. We all are in positions as we’re in our work lives, and our academic institutions, where we’re either occupying identities that we’re really familiar with, but we need to be open to the fact that we need to be able to speak to other identities. And that can be really challenging whether it has to do with race or ethnicity or other sexual orientations or gender identities, and just to be generous with one another as we engage in those conversations and to be open to learning which is very challenging and very rewarding and sometimes a little scary but so worth it. 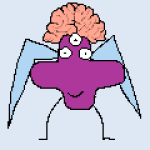